Marko Mäetamm’s solo exhibition “I’m Only Streaming” will be open at Tallinn City Gallery from 31 March. The painter, who has mainly been inspired by family life over the past decade, is now turning his attention to the wars, catastrophes and other emergencies raging around the world and the willing and unwilling powerlessness of normal people in regard to these subjects. .

“After my largest solo show to date – “Home and Away” at Kumu in the summer of 2015 – I suddenly felt like, after so many years, finally something was detaching me from the hook of telling these family stories. I felt like as I was digging a hole through the bedroom floor and through the cellar deeper and deeper into the ground, there were so many interesting things happening around the house I would have liked to have processed.” reveals Mäetamm concerning the basis for his thematic shift.

KWhen Marko Mäetamm had his last exhibition at the City Gallery 12 years ago, he probably wouldn’t have dreamt that the subject that he started working with at that exhibition, of home and family life as a model for larger socio-political and economic mechanisms, would become the basis for his work for the entire following decade. Now Mäetamm is back at the City Gallery and this time with quite a new direction. At the exhibition we will see excerpts from a travel diary, large paintings, comics, sculptural objects and much more. The abundance of pictures is dizzying and reminiscent of the endless streams on social media.

Art Hall curator, Siim Preiman, finds the key to explaining the exhibition in the title, “At first, Mäetamm’s humorous tone can be misleading and make us think it is a light-hearted joke. I think it’s the opposite – the artist focuses on the social justice warriors within us all, who just stream, like and tweet, but who are incapable of actually taking part in solving global problems.” 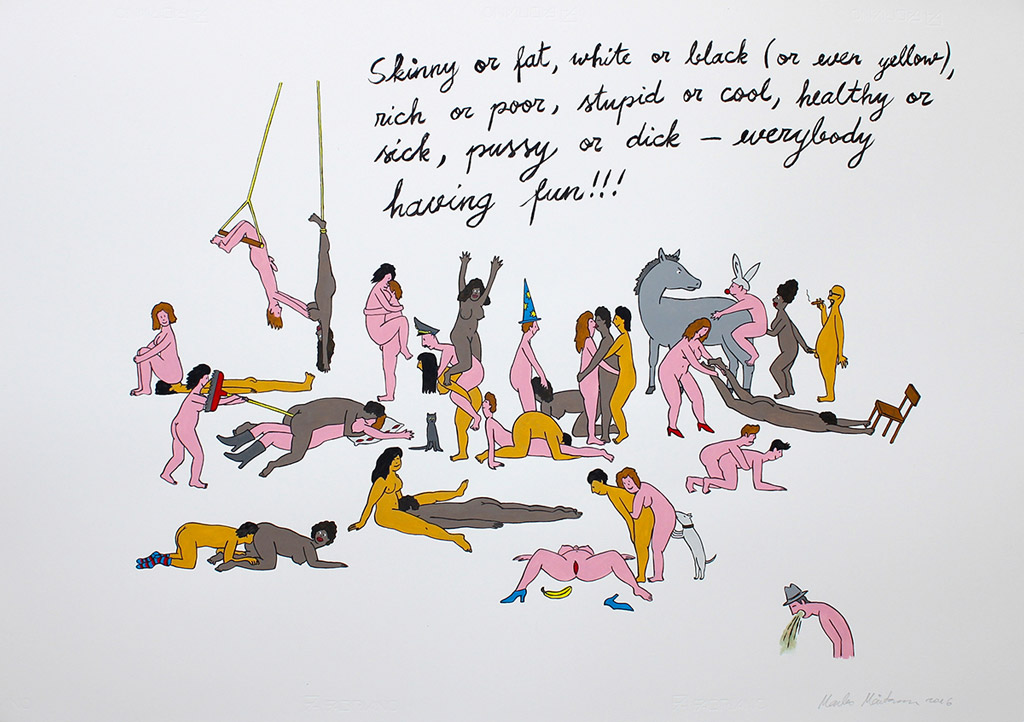